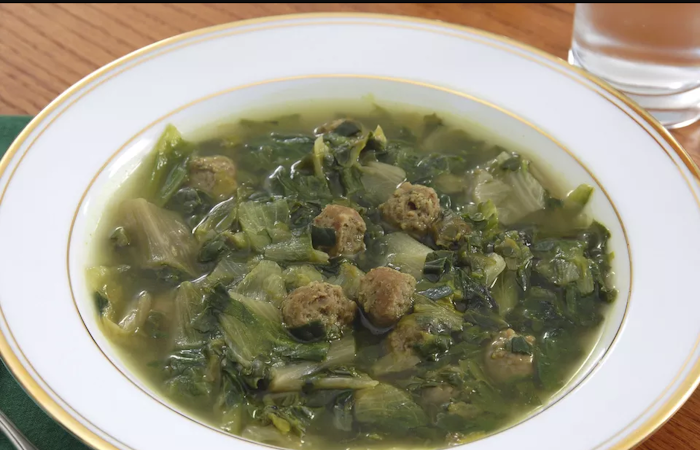 This soup has grown extremely popular outside of Italy, but you might be surprised to learn that, while it often appears as part of a traditional Italian Easter, Christmas or San Silvestro (December 26) feast. It has nothing to do with Italian weddings and never has.

The confusion stems from the fact that the common name used in English is a bit of a mistranslation of the Italian name for this soup, a traditional dish originating in Naples made with an assortment of dark-green, somewhat bitter vegetables (which could include any combination of: chicory, escarole, an ancient Neapolitan curly kale called torzella, Savoy cabbage, puntarelle, borage, etc.), meat (traditionally any combination of boiled pork and/or beef, guanciale, pork ribs, ham hocks, lard, and/or sausage) and a rich meat broth.

Basically, like many Italian recipes, it was a peasant dish, made with whatever leftover bits of meat one might have and plenty of local and wild greens.


No reviews yet! Will you be the first?

We Love Local
Are you a local artisan or farmer? Get in Touch!